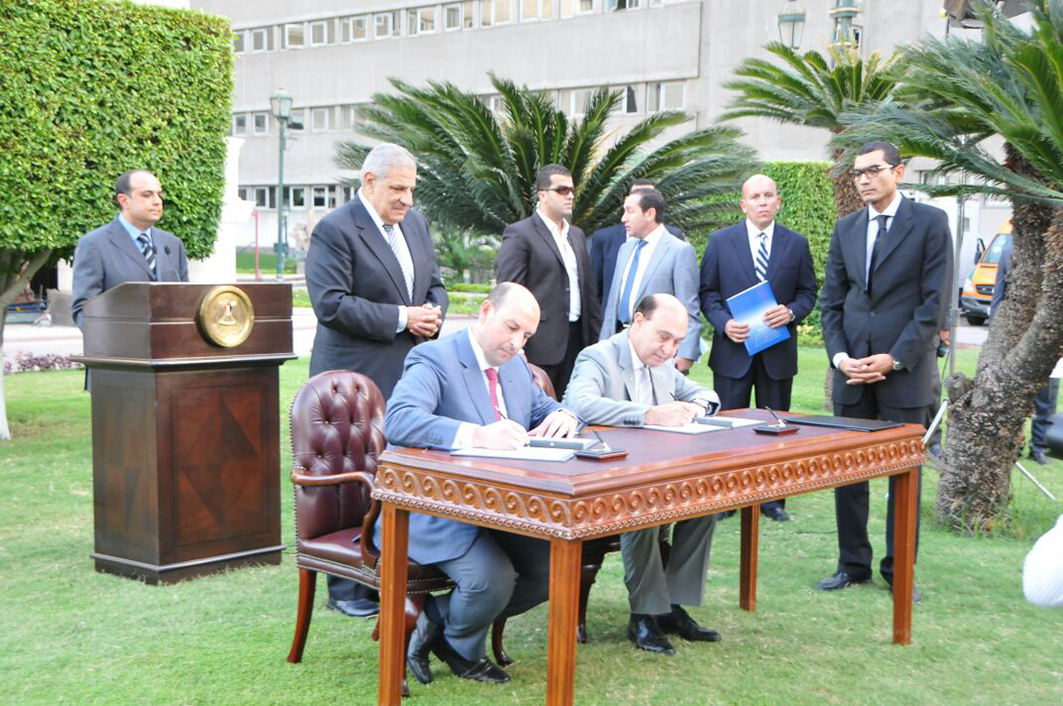 Suez Canal Authority Awards Contract to the Challenge Consortium On the 18th October Admiral Mohab Memish, head of the Suez Canal Authority, announced the Consortium at a news conference in Cairo, Egypt alongside Prime Minister Ibrahim Mehleb. The consortium consists of National Marine Dredging Company as the lead partner with Boskalis, Van Oord and Jan De Nul. We are awarded the 35km new parallel channel with a dredge volume of approximately 180 million m³ which will require up to 20 Cutter Suction Dredgers to be mobilised, the first of which is already on the way – the “Al Mirfa” is currently being mobilised by a heavy lift vessel and should arrive to Suez before the end of the month. This is a prestigious world class project for NMDC to be associated with and the challenge is immense to complete the works for August 2015 so we wish success and request full support from all departments for all the personnel that will be involved in project.